Holy Qur’an talks about it in the chapter by the very name ‘Qadr’, it says:

0 Bismillah ir Rahman ir Rahim
In the name of Allah/ God the Gracious the Merciful
1 Inna anzalna hu fii Laylat il Qadr
Surely, We revealed it in the Night of Authority
2 Wa maa adraaka maa Laylat ul Qadr
And what to explain, what the Night of Authority is!
3 Laylat ul Qadri khairu min alfi shahr
Night of Authority is better than a thousand month
4 Tanazzul ul malaaikatu wa Ruhu fiha bi izni Rabbihim min kulli amr
In it descends the angels and the Ruh/ Spirit with permission of Lord, for all affairs
5 Salaamun hiya hatta matlayi il fajr
In it is Peace till the dawn
‘Qadr’ is an Arabic word which could be roughly translated to authority, power, decree, ordinance, measure etc. Laylat ul Qadr or the Night of Authority is very auspicious and important night in the Islamic calender.
The above chapter states that, ‘Surely, We revealed it in the Night of Authority’, this verse describes the event of cave of Hira. Shia Islam preaches prophets and Imams/ Aimmah or divinely appointed leaders are born with that statuses and are never made so in later part of their life. They only commence their offices and declare their statuses to public, later by Divine orders.
Major difference between Shia and Sunni is that Sunni believe Prophet Mohammed was not a prophet till the age of forty, at that age Allah/ God made him a prophet, he himself did not knew what was conferred upon him and it was his wife Khadija’s cousin Waraqa son of Naufil (Judeo-Christian scholar) who told the couple that ‘Mohammed’ was no more a normal human, rather was appointed as a prophet. Shia Islam rubbishes all such claims; Shia Islam preaches whether Prophet Mohammed or any other prophet, all were born as prophets. 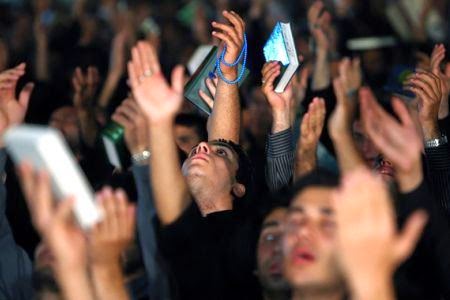 Shia Islam possesses several Ahaadith/ Hadith/ narations from Prophet Mohammed and later 12 Imams (Aimmah), these Ahaadith/ narrations states that 23rd night of Ramadan is Laylat ul Qadr. Thus, Shia Muslims do not first search and then spend it in prayers, since Shia Islam states 23rd Ramadan is Laylat ul Qadr/ the Night of Authority they don’t need to search. Shia Islam preaches to spend the night in deep prayers.
Thus, another major difference between Shia and Sunni is that Shia are sure about 23rd Ramadan as Laylat ul Qadr, Sunni must search it out from 5 nights relying on signs of that night. Shia Islam however, advises to spend preceding 19th and 21st night in same manner, as a prerequisite. 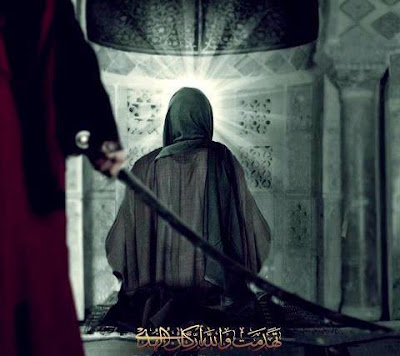 Another reason why Shia Islam has special significance for 19th and 21st night is because those dates are mourning dates. As first Shia Imam Ali Murtada cousin brother as well as son in law of Prophet Mohammed was stabbed with poisoned sword, on back of neck, while he was in prostration in the morning of 19th Ramadan. He became a martyr as result of wound on morning of 21st Ramadan. Shia all around the world lament, cry and mourn the preceding two nights prior to 23rd Ramadan. 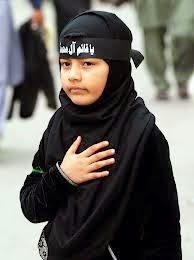 ‘And what to explain, what the Night of Authority is!’ this verse clarifies that human mind could never comprehend the divine and spiritual aspects of this night. Thus, Allah (God) explains its position in terms of human intellect and understanding capability by the following verse, ‘Night of Authority is better than a thousand months’. A single night of Laylat ul Qadr/ Night of Authority spent in worship and prayers would be spiritually much better than thousand months if those thousand months too would be spent in worship and prayers.
‘In it decends the angels and the Ruh/ Spirit with permission of Lord, for all affairs’, the verse clarifies the event of Laylat ul Qadr / Night of Authority, one can imagine how spiritual it would be when numerous angels descend upon the earth. The verse specifies a Ruh which too descend along with angels, a lot of people believe there are a lot of spirits which too descend along with angels, but the verse uses Ruh (singular) and not Arwaah (plural), thus it is stupidity to consider numerous spirits, it is just one Spirit.
Although, Archangel Jibril/ Gabriel is known by his specific name, he has other names as well. Ruh ul Amin/ Trustworthy Spirit, Ruh ul Quds/ Holy Spirit or simply Ruh/ Spirit are other titles of him. Thus, according to Shia Islam angels as whole along with one special Archangel Jibril/ Gabriel come down to Earth, with the permission of Lord, they come with kulli amr (all affairs or all ministries).
Shia Islam preaches that at all time at least one representative of Allah/ God is alive on earth; they are Hujjatullah/ Proof of Allah/ God, more precisely Ambassadors of Allah/ God. To obey them is to obey God they are infallible and thus could never lead anyone astray. Shia Islam believes Allah/ God never leave the earth without His guidance; these people are the ones who are that agency of God through which He guides His creation.
Shia Islam preaches the concept of Imamat (Divinely appointed leadership); Holy Quran itself states that on the day of Resurrection every person would be called with his Imam (Divine leader of his/her time). Shia Islam states till Prophet Mohammed was alive he was this Hujjatullah (Proof of Allah/ God) on earth, along with being Last Prophet and Last Messenger. No more new Shariah/ Canon was to come after him, no more new Divine Books were too descend after him. Islam as completed upon Prophet Mohammed was to remain the Divine religion till the last day; Holy Quran was to remain the last Divine Book.
Shia Islam preaches that after Prophet Mohammed, Imamat (Divinely appointed leadership) begins. 12 Imams (Aimmah) the deputies of Prophet Mohammed would lead people towards Allah/ God, they would do tafsir/ interpret the Holy Quran. They would reveal Holy Quran’s divine secrets in proportion with the maturity of human intellect, they would undertake kullu amr/all affairs according to what Allah/ God wishes. Holy Quran itself asks us to Atiullah/ obey Allah and Atiur Rasul/ obey Prophet and Awli ul Amr/ Divine Ministers of affairs.
Thus, Shia Islam preaches that by Divine orders Angels along with Archangel Jibril/ Gabriel descend to whoever is Hujjatullah/ Proof of Allah/ God on earth, who is thus Wali ul Amr (Divine Minister of affairs) as well. After Prophet Mohammed, 1st Imam Ali became Hujjatullah/ Proof of Allah/ God on earth therefore he was Wali ul Amr/ Divine Ministers of affairs of his time, after him 2nd Imam and so on. 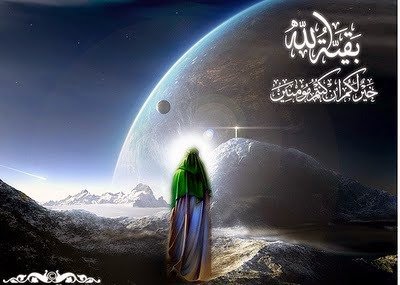 Current Hujjatullah/ Proof of Allah/ God on earth is 12th Imam Mohammed Mahdi who though alive lives in occultation. Thus on Laylat ul Qadr/ Night of Authority, Archangel Jibril/ Gabriel along with other angels come down to Wali ul Amr (Divine Minister of affairs) 12th Imam Mohammed Mahdi with all the affairs and bring divine orders for those regards.
Laylatul Qadr/ Night of Authority is such an important spiritual and Divine occasion, a Divine and Spiritual festival for human souls, to have a spiritual encounter with presence of Allah/ God. In that span believers are in worship, praying, seeking Divine forgiveness and grace. Holy Quran, thus announces ‘In it is Peace till the dawn’, this peace is divine aura which envelops a sincere believer, it continues till the dawn occurs to the believer. The believer comes out of the night as if that person was busy worshiping Allah/God since more than thousand months and Allah/ God has accepted the person’s sincere worship.
O Allah! Peace and Salutation be upon Mohammed and House-hold of Mohammed.
Posted by Mazher Shaikh at 03:51 2 comments: