Qurbaani, Dabiha (Zabiha) is among the highest form of devotion to God as per Shia Islam, and thus is also highly recommended. Hajj (Pilgrimage) is the fifth branch of religion (Furu ad Deen), and Qurbaani is essential part of it.

Patriarch Prophet Ibraahim (Abraham) as devotion to God’s command had offered his son Prophet Ismaail (Ishmael) for sacrifice, the son was miraculously replaced with a ram. This devotion of him is where the concept of Qurbaani takes root from. His action became the basis of abolish of the custom of cruel human sacrifices which was quiet rampant during those times. 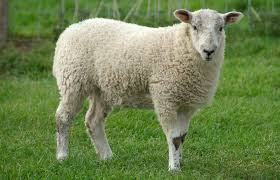 Opponents of sacrifice always propose a stupid question that does God need food etc? Holy Qur’an has specifically answered this stupidity by saying that neither the blood of animal nor its meat reaches God, it is only the intentions of the person who sacrifices the animal and the person’s sincerity that reaches God.

Apart from Hajj (pilgrimage), Shia Islam also promotes sacrifices upon those who are not on pilgrimage, thus, around the world Qurbani is practiced, on the 10th, 11th and 12th day of Islamic last month Dhul Hajja. Sacrifice is essential for a pilgrim but for others it is recommended.

Shia Islam has set up conditions and requirements for Qurbaani with great details:

Only permitted animals, only animals not birds are allowed for Qurbaani,

According to Shia Islam, the sacrificial animal should not be a personally domestic or personally pet animal,

It is narrated from 6th Shia Imam Ja’far Saadiq that the animal should be purchased after the month of Dhul Hajja has set in or started,

The female animal should not be visibly pregnant, nor should the animal have a milk feeding baby,

The male animals should not be castrated; castrated animals are recommended by Sunni but are not fit for sacrifice in Shia Islam,

Animals should not have any defects like damaged eyes, lame, broken legs, broken teeth, broken horns, cut ears, cut tails, damaged testicles or any other damages or defects,

Camels should be at least five years old,

Cows, Bulls, Buffaloes, Goats should be at least two years old (when two front lower teeth are grown out),

Sheep should be at least one year old,

After purchase highest amount of care should be given to such animals as in food, water, shelter, medicine and comfort,

Animals should not face any trauma before their slaughter, not even a knife should be shown to such animals,

Each Haaji (pilgrims) has to offer one animal, but non-pilgrims can do collective sacrifices,

Animals should be comfortably bought at sacrificial place,

No animal should be sacrificed in front (no visibility) of another animal,

Water should be given to animal before sacrifice, its drinking water is not necessary,

Animals should be lied upon swiftly and be faced to Qibla (Ka’aba, Makka),

Person who offers sacrifice, should try to slaughter the animal himself, if not then by other competent person,

Bismillaah, Allahu Akbar should be recited by the person who slaughters, the person should have niyyaah (intention) for slaughter while the recitation and slaughter,

All other animals except camels should be slaughtered (Dabiha or Zabiha) smoothly and swiftly by cutting the neck (esophagus, windpipe, jugular vein, carotid artery) from throat side; spinal cord should never be damaged during slaughter till the animal has totally died,

Camels cannot be done with Dabiha (Zabiha), Dabiha on camels make them haraam (forbidden) and vice versa, Camels are done with Nahr, a sharp knife or spearhead is used to puncture the artery in the lower neck while the animal is facing Qibla (Ka’ba, Makka),

Any further cut or damage to animals should not be done until they are totally dead by natural blood loss; blood flow should naturally stop before any other action,

Skinning or severing the head or any other action can be done only after that the animal becomes totally dead,

Meat should be divided into three parts, only one part can be used for personal consumption, the second part should be reserved for relatives, neighbors, believers etc, the whole third part should be given as charity to poor,

The person who sacrifices should eat at least a little bit from the sacrificed meat.

Above are just a brief information, detail could be had from reliable sources.

Good and Virtues according to Shia Islam

Posted by Mazher Shaikh at 06:36 No comments:

Evils and Vices according to Shia Islam

This list is just a brief overlook and a brief list. Referring Holy Qur’an, authentic books and scholarly articles for any further information is hereby proposed. Evils/Vices are not arranged in manner of their decreasing magnitudes.

As you may be knowing, Hajr e Aswad (The Black Stone) is embedded on corner wall of the Holy Ka’aba near its door. Muslims regardless of being Shia or Sunni kiss the Hajr e Aswad when they circumbulate (Tawaaf) Holy Ka’ba after every circuit, if they can’t manage to kiss the Hajr e Aswad because of overcrowding, they at least make a kissing gesture with their hands. 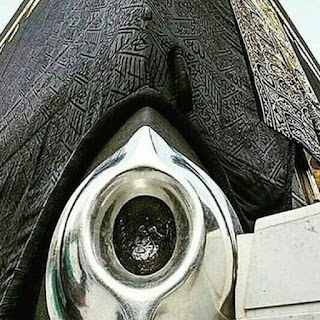 Muslims differ on the status which Hajr e Aswad owns in the Islamic World. Shia opinion is also quiet aloof from Sunni stand on this issue. Shia many a times are accused as polytheists (Mushrik) by some Sunni, who consider themselves as very factual believers, that is they have reasons for whatever they do, while they think Shia have invalid practices.

So, opinions of Umar Khattab are worth to be questioned even in Sunni faith, then how can his opinions represent Islamic standpoints? This is where the issue of status of Hajr e Aswad (The Black Stone) arises. Many Sunni project Umar Khattab as reformist, even on issue of Hajr e Aswad. It is reported in Sunni Hadith that Umar Khattab during circumbulation (Tawaaf) of Holy Ka’aba came towards Hajr e Aswad, and before kissing clarified his stand, by saying: O Hajr e Aswad, you are just a stone, you can neither benefit nor harm, had I not seen Prophet Mohammed himself kissing you, I wouldn’t have kissed you.

Here, Sunni proudly clarify their two standpoints, first is that Hajr e Aswad is just a stone, which can’t benefit or harm anyone, second they say, the only reason Hajr e Aswad is to be kissed is solely because Prophet Mohammed had kissed it too. The thing which becomes clear here is that Umar Khattab or Sunni never do anything without any reason, they need solid reasons for them to do something as part of religion. Umar Khattab or Sunni need reason to kiss Hajr e Aswad, and their only reason is that Prophet Mohammed too kissed it.

Shia Islam states that Hajr e Aswad has such power that if a prophet or any divinely appointed leader approaches it, it will speak, greet and testify the authority. Shia have ahaadith (Hadiths) that Hajr e Aswad testified with voice the prophet-hood of Prophet Mohammed. Similarly, when any of the 12 Imam (Divinely appointed leader) approaches it with question, then too it will testify the divine authority bestowed upon the said Imam.